A bicycle is defined as a vehicle, other than a wheelchair, that is propelled by the muscular power of the person who is on it. A cyclist, according to the Rules, qualifies as a cyclist and a road user, and accordingly is obliged to know and comply with: the requirements of the Rules related to them, traffic signals, signs and markings.

The bicycle must have serviceable brakes, steering wheel and horn, be equipped with reflectors: 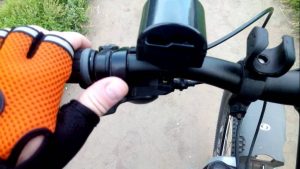 Bicycles should move only on the extreme right lane of the carriageway, if possible to the right, in one row. Driving on the side of the road is allowed if it does not interfere with pedestrians.

Columns of cyclists when moving along the carriageway should be divided into groups (up to 10 cyclists in a group) with a movement distance between groups of 80-100 m. Cyclists, moving in groups, must ride one after the other so as not to interfere with other road users.

While driving on the carriageway, before starting to move, stopping, changing lanes, turning or turning around, cyclists are required to give warning signals, namely:

*However, it is not recommended to use alternative methods (where the arm is bent) – drivers may not understand.

It is also recommended to give a left turn signal when rounding a motor vehicle (cars) parked at the right edge of the lane.
When riding in a group, another sign is used, not for motorists, but for cyclists riding behind.

It is necessary to give a hand signal in advance and stop immediately before the start of the maneuver. When riding in a group, the leader gives the signs first, the members of the group immediately repeat them.

Bicycle riders are prohibited from:

Therefore, to make a left turn, you need to:

For cyclists, local executive authorities may install a card in which information about the driver is entered and which, in this case, cyclists must have with them.

But at an unregulated intersection of a cycle path with a road, located outside the intersection.

You give way to all vehicles moving on this road.

A car turning right must give way to a cyclist moving straight next to it on the same road.

At regulated pedestrian crossings, cyclists must obey the signals of bicycle or general transport traffic lights, as well as traffic controllers.